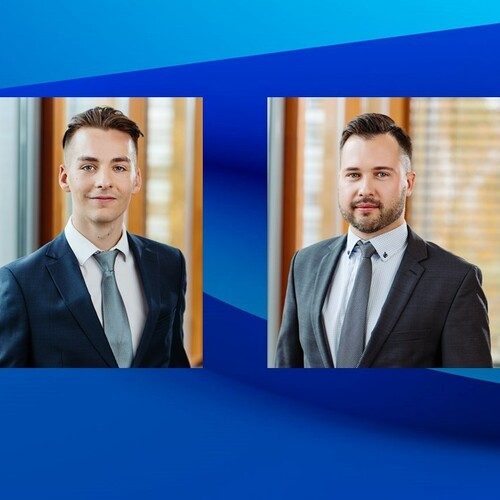 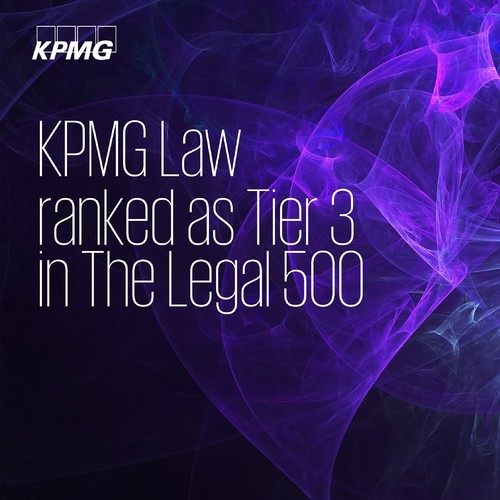 We are proud to announce that thanks to our expertise and client recognition KPMG Law was ranked as Tier 3 in Commercial, Corporate and M&A practice area in The Legal 500. Ieva Tillere-Tilnere and Uģis Ludiņš are the heads of the Corporate, M&A practice.

‘KPMG team consists of experienced legal professionals with business oriented mindset and ability to understand client needs. The team is ready to innovate and adjust the service offering to new types of business models which for us as client was a valuable experience.’

In addition, KPMG Law was also nominated as “Firms to wach” in Dispute Resolution practice area.

KPMG Law Firm acts for operational banks and banks subject to liquidation/insolvency in debt recovery cases. It is also noted for its involvement in investigations into alleged white-collar crimes, such as fraud and money laundering. Andis Pauniņš is the head of the Dispute Resolution practice.

Thank you for choosing KPMG Law! 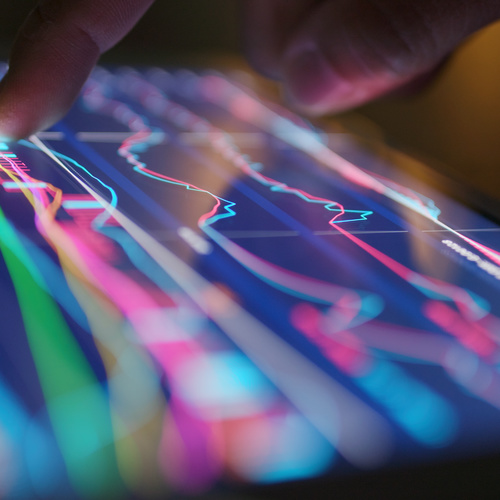 KPMG assisted CrossChem to launch a EUR 10 million bond programme with the first issue of bonds amounting to EUR 3 million.

Assisted by KPMG Baltics and KPMG Law, 3-year bonds for a total of EUR 3 million were issued by SIA CrossChem, the manufacturer of AdBlue® liquids used to reduce emissions from diesel engines.

The bonds of CrossChem are publicly available on the Nasdaq Baltic First North Market from 10 November 2021. Before entry into public trading, the bonds were purchased by a number of banks, investment funds, insurance companies and private investors.

Proceeds of the issue will be used to set up new AdBlue® plants, expand the network of filling stations, create a ship filling infrastructure and purchase raw materials which enables the company to attract more investors, strengthen its market position and promote its further growth.

KPMG in Latvia supported the bond programme by conducting a due diligence engagement and preparing an information memorandum, and also extended legal support in the issue of bonds.

The investment bank for the bond programme is LHV Bank. 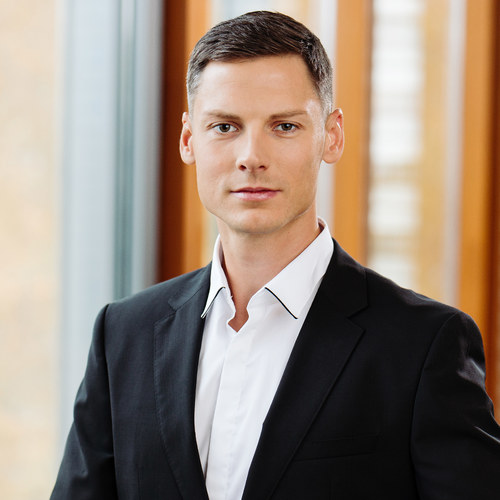 Is statutory interest of 6 % out of touch with reality: Case-law of the German Constitutional Court

The German Constitutional Court (Court) has passed a historical ruling that statutory interest of 6 % p.a. incorporated in tax law has not been in line with the principles of equality and proportionality from as early as 1 January 2014. The main reason for the non-conformity of statutory interest is changes in the capital market which led to a historically low return on capital since the post-war Europe. In light of this the legislator has no legal grounds to charge private individuals a significantly higher rate for the use of capital than that charged in the market.

In order to understand the circumstances under which the Court made the ruling, as well as whether the conclusions expressed in the ruling could have implications for the statutory interest used in the Latvian legal system, in the November edition of magazine Jurista Vārds Ronalds Vītols, Senior Associate in KPMG Law, and dr.iur. Māris Onževs discussed both the ruling and the legal framework of Germany and Latvia.

Link to the article in electronic format: https://juristavards.lv/doc/279927-vai-likumiskie-procenti-6-apmera-ir-attalinati-no-realitates-vacijas-konstitucionalas-tiesas-prakse/ 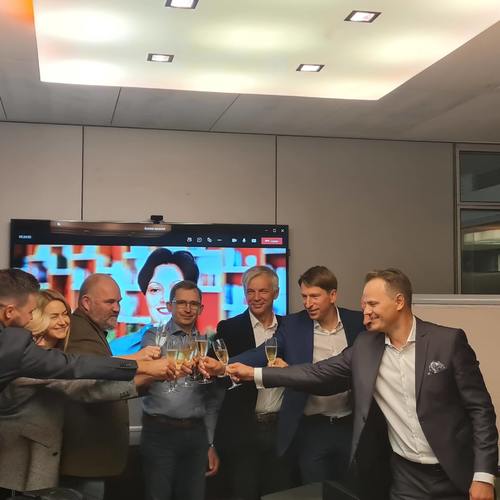 KPMG Baltics and KPMG Law supported the management and the minority shareholders of APE Motors in the acquisition of shares from the majority shareholder (Management Buy-Out - MBO), and the acquisition of a subsidiary in Estonia. As part of the process, KPMG in Latvia structured the deal, assisted in the attraction of a bank loan and provided legal support in all stages of the transaction, including drafting documents and deal closure.

APE Motors SIA is one of the largest retailers and wholesalers of car parts with a long track record operating in Latvia since 1995 with an annual turnover of over EUR 24 million, assets of EUR 12 million and employing more than 120 staff.

“It was a challenging project with parties trying to strike a deal for a number of years. KPMG got on board during the COVID-19 pandemic and despite restrictions our cooperation turned out to be dynamic. An additional challenge was that not all shareholders took part in the deal and the seller remained in the company as a minority shareholder.

At first we structured the deal and modelled future cash flows of the company to lay the basis for negotiations with the bank,” said Karlis Urbans, Associate Director, M&A, Deal Advisory, KPMG in Latvia.

Not only did KPMG in Latvia structure the deal and coordinate the deal value and the offer between the parties but also both attracted funds and coordinated the process of attracting funds. The unexpected difficulties that we were faced with in the process resulted in KPMG planning and carrying out the acquisition of the Estonian subsidiary of APE Motors and coordinating negotiations with the minority shareholder who was not part of the deal. KPMG Law contributed to the deal by providing a full range of legal services and establishing a holding company in the form of a special purpose vehicle (SPV).

The seller was represented in the deal by advisors from United Bankers and Sorainen.

“The deal of APE Motors marks one of the trends in M&A, one that in some cases is observed also in the Latvian market, the so-called management buy out when the management takes the opportunity to acquire a significant stake or all shares to gain control over the company. Investors, on the other hand, can use this as one of exit strategies. More often than not the management does not have any previous experience in organising deals, which makes advisors all the more important as they are in the position to provide the required support throughout the process as in a classic M&A transaction”, said Ieva Tillere-Tilnere, Partner of KPMG Law Firm and Head of the M&A Practice. 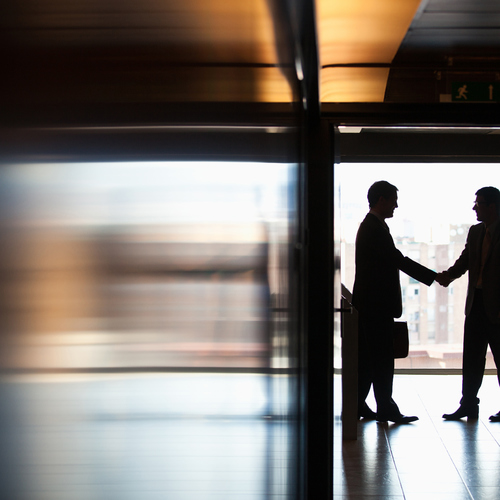 As a result of a deal supported by KPMG, OSS Networks has merged with ENREACH

AS KPMG Baltics, KPMG in Sweden and KPMG Law in Latvia supported the sale of OSS Networks. As a result of the deal, OSS Networks, the leading IP telecom and cloud services company in Latvia, merged with the fastest growing provider of unified communications in Europe, ENREACH, which thus notably expanded its presence in Europe.

OSS Networks operates in the telecom industry providing both IP and mobile communications. With over 1 100 customers and more than 33 000 users of their systems the entity is the leader in its business niche in the Baltics.

“The work that KPMG did enabled the client to both obtain a high valuation of the company and enjoy a smooth process of unified coordination of the disposal, legal and due diligence process and valuations of several companies”, said Karlis Urbans, Associate Director, M&A, Deal Advisory, KPMG in Latvia.

OSS Networks will remain managed by the founders who have, courtesy of the deal, become shareholders of ENREACH and now have the opportunity to develop their business on a much wider scale.

The role of KPMG in the deal was not limited to M&A, it involved coordinating a number of valuation engagements and providing extensive legal support throughout the deal. 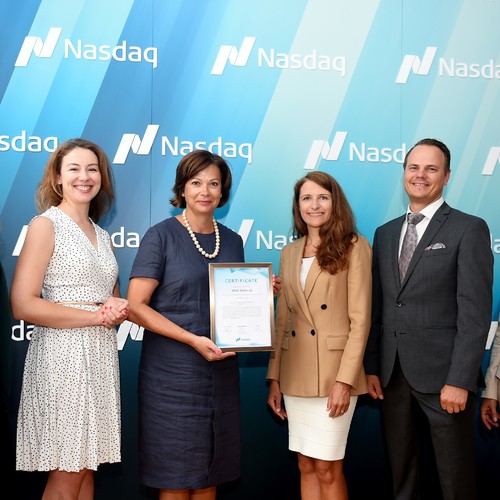 The status of pan-Baltic Certified Advisers permits KPMG Baltics to provide services to Nasdaq Baltic First North companies across all three Baltic countries. The role of a Certified Adviser is to guide companies through the application process and ensure they meet First North rules and requirements on a continuous basis.

“Working with companies on a daily basis and helping them to attract funding for faster development, we see that companies’ interest in raising capital through financial instruments, such as shares and bonds, is becoming more and more relevant. Obtaining the status of First North Certified Advisers will allow us to provide a full range of support to companies on all such matters not only in Latvia, but also in Lithuania and Estonia,” says KPMG Baltics Partner Evija Šturca.

The Nasdaq First North Market is tailored to support smaller, growing companies that want to raise capital and get the visibility and credibility of being a public company. For investors, First North offers an opportunity to invest in companies that are at an earlier stage of their growth. First North is an alternative market and is often seen as a first step towards trading on the regulated market. 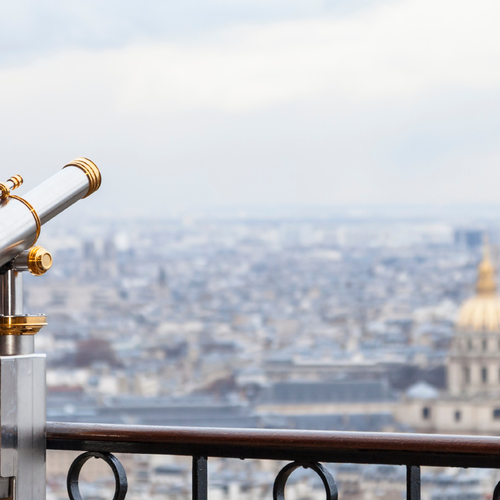 State of development of the law in various jurisdictions.

Please submit your request for proposal

All fields are mandatory